California Labor Unions Are About to Get Screwed

Dear California labor union workers: you're about to get screwed royally. Two bills passed the California Legislature last week. They look unrelated, but they're not.

1. The high-speed rail project has been approved.  CA is going to build an unwanted train from San Fran to Los Angeles.  And they're starting the first leg in the middle of the Central Valley, connecting two small and unimportant towns.

2. The CA legislature has passed a bill that shields illegal aliens from deportation.

Do you see the connection?  No?  Then let me spell it out: CA is going to spend billions to build Jerry Brown's unwanted train, and they're going to use illegal aliens to do it.

The majority of those "jobs" the state legislature claims will go to Californians will be going to illegals.  Oh, they'll fiddle around with the jobs to make it look like they're going to union labor, but the bosses will avoid paying the high union wages and instead hire illegals to do it cheaper.  Why? So the Union bosses can line their pockets even more.

Don't believe me?  Why do you think they're building the first leg of the train system in the Central Valley?  Those small towns are filled with illegals.  And this has happened before on a larger scale: Barack Hussein Obama pushed through the so-called "stimulus" bill that would create jobs, jobs, jobs, but instead unemployment is still above 8% in general and unemployment for blacks is at 14.4%.

But...but...but....Obama promised he'd support the black folks who voted for him. Hey....he lied.  He just wanted the pay and the perks of the job.  He doesn't care about you or anyone who supported him. And it's the same with Jerry Brown and the Democrats.  They passed the train bill so they could pay off their union-boss buddies (and thereby get bigger campaign contributions) and then made it impossible to deport illegals, so the union-bosses could hire them for cheap wages.

CA union laborers, you're screwed. Welcome to the real world.  I hope you enjoyed smugly voting for Jerry Brown, because you're about to lose your jobs because of it.
.
Posted by Laurie T at 1:08 PM

Email ThisBlogThis!Share to TwitterShare to FacebookShare to Pinterest
Labels: Scammed by Democrats

Laurie T
I'm a conservative girl who can shoot, vote, and think for myself - which pisses off liberals. More at http://bit.ly/gzpD7l. Twitter:@Lauriet333

Step Up The Anti-Liberal Campaign!! 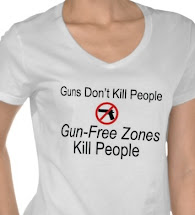 We MUST stop the liberal advance! Click the Picture Above for Anti-Leftist Gear